Plant a tree in memory of Janet
An environmentally-friendly option 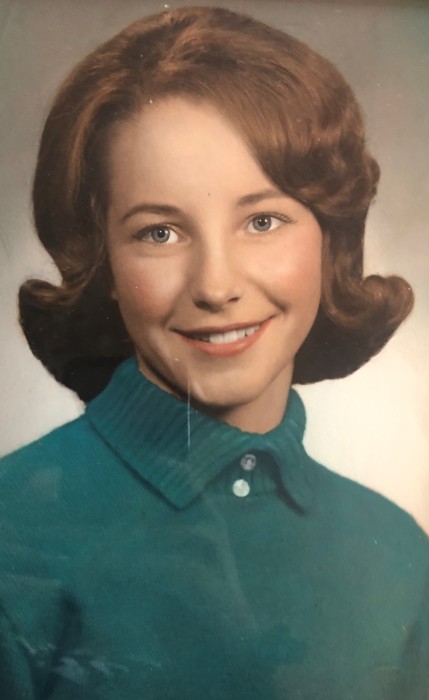 Janet L. Roby 74
of Mt. Victory
A celebration of life for Janet L. Roby will be held at a later date. The Price-McElroy Funeral Home in Mt. Victory is assisting the family with arrangements.
Janet died on Sunday, April 4, 2021 at the Marion General Hospital. She was born on February 24, 1947 in Kenton to the late James and W. Jane (Roberts) Roby. She married William Detwiler and they later divorced.
Surviving are 2 daughters; Donna Radcliffe of Mt. Victory, Mary Hawkins of Green Camp, a son; William (Lisa) Detwiler Jr. of Kenton, a sister; Christine (Gary) Holycross of Ridgeway, a brother; David (Barb) Roby of Bellefontaine, 4 grandchildren and several nieces and nephews.
She was preceded in death by 2 brothers; Walter Emerson Elliott and James Roby Jr.
Janet was a 1965 graduate of Ridgemont High School. She was a member of the VFW Women's Auxiliary and a former member of the Mt. Victory Church of Christ.
Janet enjoyed any kind of needle work including, sewing, crocheting, and knitting. She liked to listen to music and dance in her younger years. Janet loved her pet cats and her family and enjoyed spending time with them whenever she could.
In lieu of flowers, memorial donations may be made to the Hardin County Humane Society.
Online condolences may be expressed at pricefh.net.

Plant a tree in memory of Janet by clicking here.
To send flowers to Janet's family, please visit our floral store.

Family to do services at later date

Plant a tree in memory of Janet
An environmentally-friendly option

Plant a tree in memory of Janet

1 tree planted in memory of Janet

Remembering all the fun times we had together as children cousin.  You are truly home now.  Say hello to all my family.  Until we meet again. XO

Donna, Marry and Bill....Your Mom was so sweet...treated everyone like her own! Sending my deepest condolences to all of you and your families. Keeping all of you in my thoughts and prayers. Rest easy Janet...until we see each other again!♥️

Sending our sympathy to the family .

Christine and family: I am sorry to hear of Janet’s passing. We all have found memories of our school mates. May you find comfort in those memories.

I had the pleasure of becoming friends with Janet and Mary while working with them many years ago. She was such a nice and hard working lady. I send my condolences to Janets family. Rest easy my friend.

Plant a tree in memory of Janet